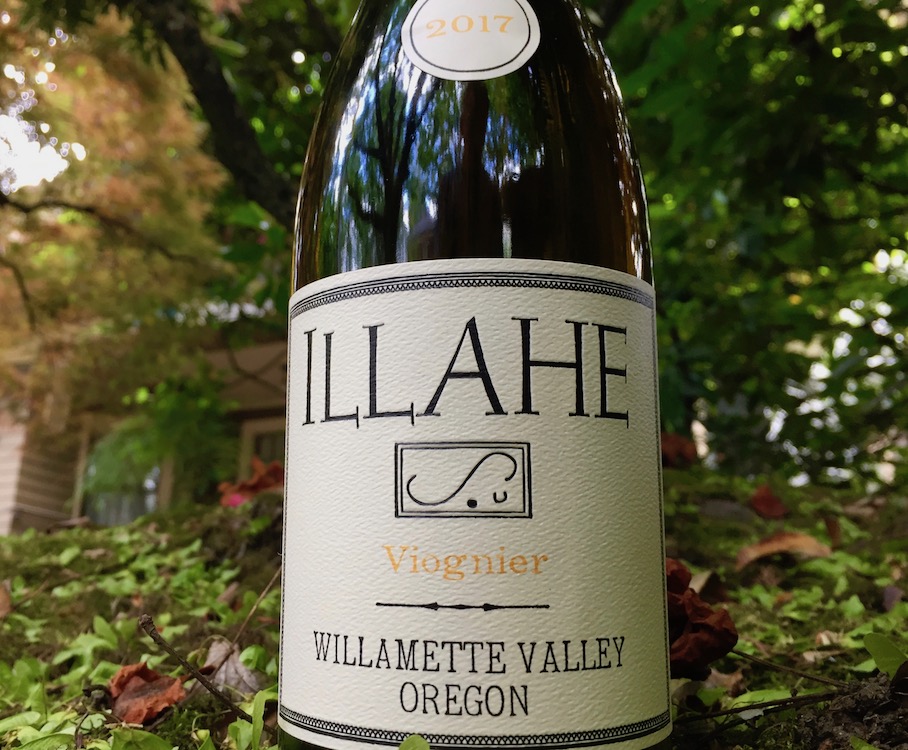 Chances are you’re not familiar with either Illahe Vineyards or a white grape known as Viognier.

If that’s the case, let us introduce both.

Illahe is a family-operated vineyard/winery located in between Monmouth and Dallas in the Willamette Valley.

The husband is the winemaker.  The wife runs national sales.  The parents own the vineyards.  Can’t get much more family than that.

Viognier is a grape from southern France that flies under the radar here in the U.S.  It’s usually grown in warmer, drier conditions than found in the Willamette Valley.  But there are always exceptions.

Illahe’s 2017 is an exceptional exception.   While looking for interesting local wines to check out during Oregon Wine Month, we were steered toward Illahe.   Turned out to be a good move.

It’s off-dry, meaning it does have a degree of sweetness.  But it’s a fresh-fruit type of sweetness.  Think apricot or peach.  Served chilled on a warm day, this won’t stay in your glass very long.