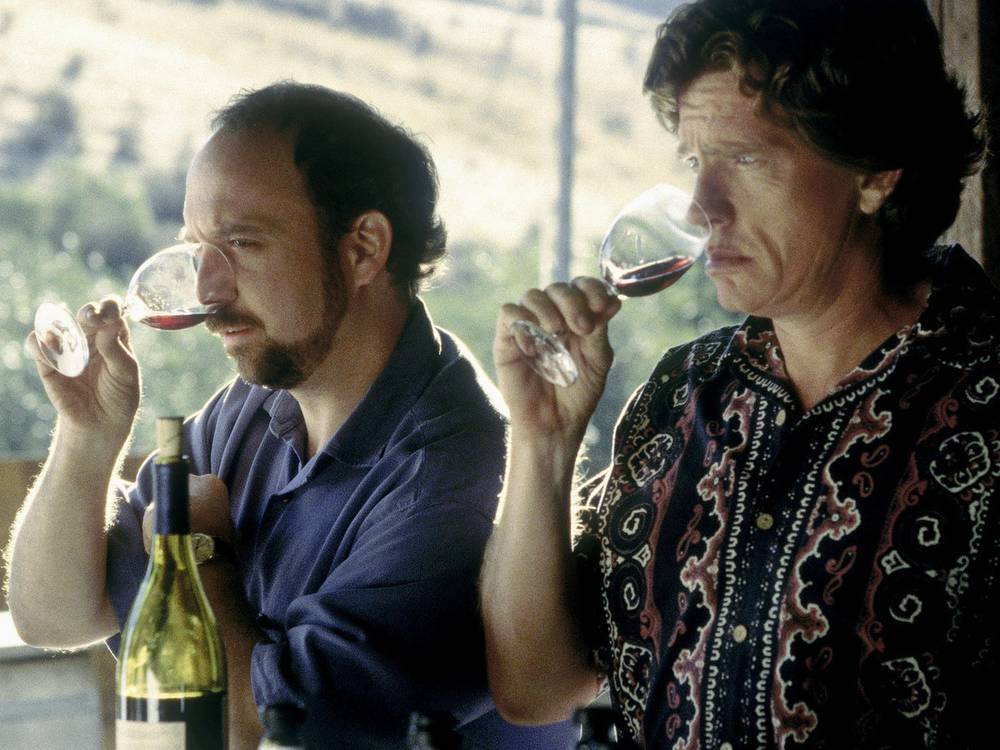 19 Oct After going “Sideways” years ago, Merlot is back

14 years ago, “Sideways” rocked the Merlot world.  But not in a good way.

“Sideways” is a 2004 road trip/mid-life crisis comedy movie starring Paul Giamatti.  A fun movie, it had some good laughs…unless you were a Merlot producer.

Giamatti’s character loved Pinot Noir but detested Merlot, a point that he made perfectly clear when he shouted the line:  “I am not drinking any f***ing Merlot!”

But it was just a movie.  It wouldn’t have any effect, right?

I’m not sure how they came up with those exact numbers.  I do know Merlot’s reputation got hammered.  To this day, I still hear from people who shun Merlot, saying, “you saw Sideways, right?”

I’ll admit that I also bought into the stigma.  Like many others, I avoided Merlot simply because it was Merlot.   I guess dumb habits die hard.

If we haven’t already, now is the time for all of us to get beyond “the Sideways effect”. 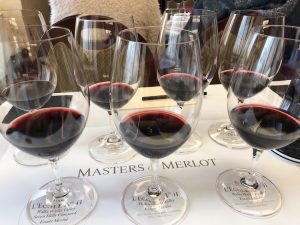 Visiting Walla Walla a couple of weeks ago, I anticipated that half of the fun would be tasting the locally-produced Merlots.  I was not disappointed.  L’Ecole, Otis Kenyon, Seven Hills…all terrific.

Those particular bottles are not easy to find beyond Walla Walla .  But here’s a Walla Walla Merlot with good distribution and it fits into our PTWG price range:  Waterbrook Reserve. 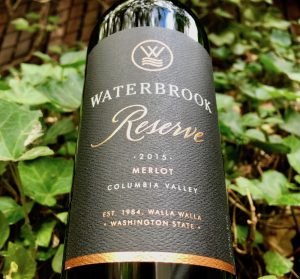 I’m currently helping a client fill his cellar with wines ranging from inexpensive to “trophy”.  I provided half a dozen wines for him to try.  His favorite, and it wasn’t even close, was this Waterbrook.

It tastes like dark berries and chocolate.  The body is medium.  The overall sensation:  smoooooth.

Depending on which store you visit, you might find the 2014 or the 2015 vintage.  There’s little variation between the two.  They taste quite similar.

As of October 19, we found Waterbrook Reserve Merlot at:

Cheers to this week’s Pat The Wine Guy guest tas

Spent the day at the Oregon Chardonnay Celebration

This is what we do! Click on the link in our bio