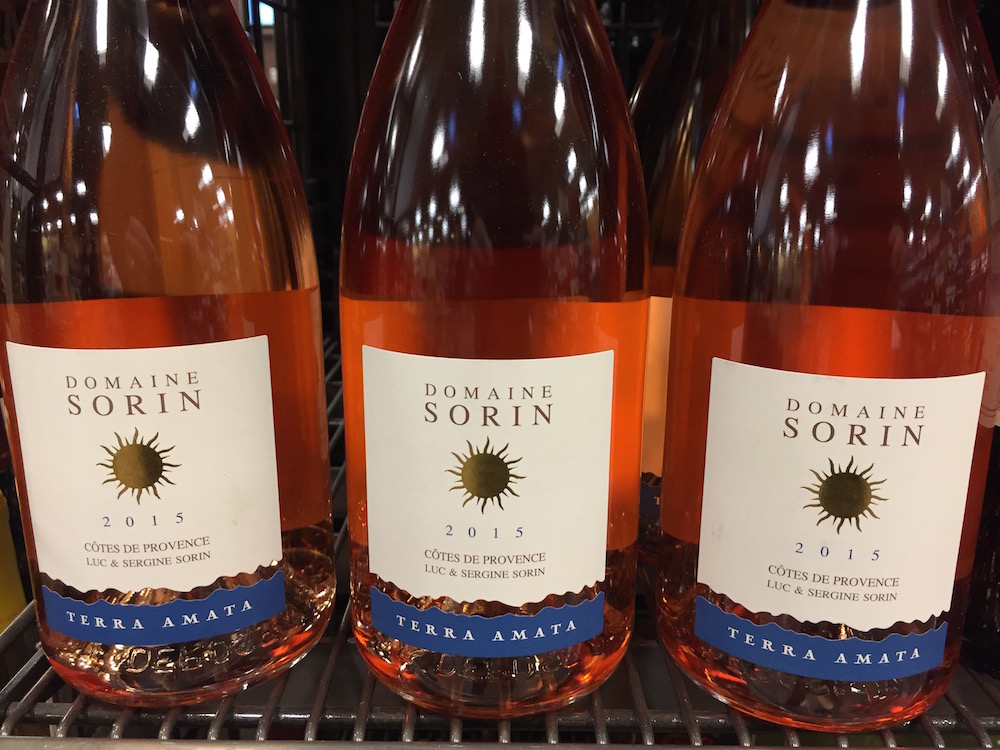 Less than 24 hours after launching Pat The Wine Guy, the complaints are already rolling in.

“Are you ever going to recommend anything other than red wine?”

Geez. How bout a little slack?

So let’s move gradually down the color scale i.e., from red to…pink.

There are sooooo many great roses in our price range. This one’s on the very low end.

But don’t let the nice price fool you. Domaine Sorin is terrific.

It certainly has a great pedigree. Domaine Sorin comes from Bandol, a grape/wine mecca in Provence.

Like so many good roses from this area, Domaine Sorin is crisp, refreshing and has just the right amount of acidity.

How they can ship this fine wine all the way over here and still charge only 12 bucks is beyond me.

As of March 23rd, we saw Domaine Sorin at: