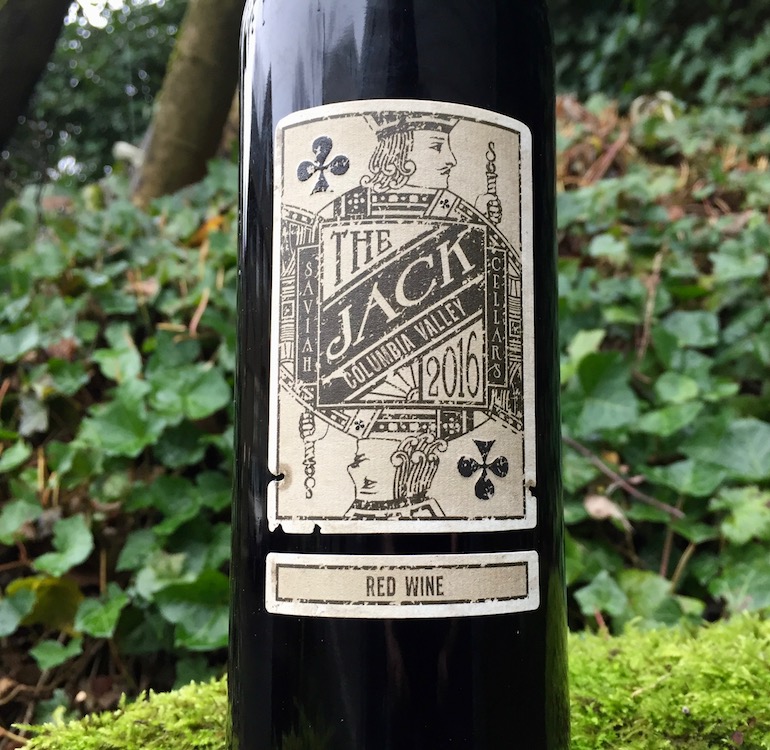 01 Feb What? You don’t know jack? We can fix that right now. Get to know The Jack 2016 Columbia Valley red blend!

There are sooooo many red blends coming out of Eastern Washington.  You’ll find several of them staring back at you on the grocery store shelf catching your eye with an interesting label that says “Pick me!  Pick me!”

They might slash my tires next time I go to Walla Walla but I’ll say it anyway: a lot of those red blends don’t deliver on the promise of their label.  Here’s an exception: The Jack 2016 Columbia Valley red.

Love the label. It’s so easy to remember.  “Do you have that wine, uh, you know the one, the one with the playing card on the bottle?”  Hey, whatever works, right?

The wine itself is predominately merlot but tastes like dark fruit which usually indicates syrah. (What do I know?)  The Jack is the second label of Saviah Cellars which means they take the grapes that didn’t quite make the Saviah cut, bottle the juice under a different label and charge less.

Spend a few more dollars and pick up a Saviah cabernet sauvignon or syrah and you won’t be disappointed.  In the meantime, The Jack red is a nice weeknight wine and a cut above in that vast sea of under-$20 Eastern Washington red blends.

Note:  There is an entire family of The Jack wines, all with almost identical labels:  cabernet, syrah, and riesling.  If you accidentally pick up one of The Jack’s other than the red blend, pop it and let me know what you think.

As of January 31, we found The Jack 2016 Columbia Valley Red blend at: