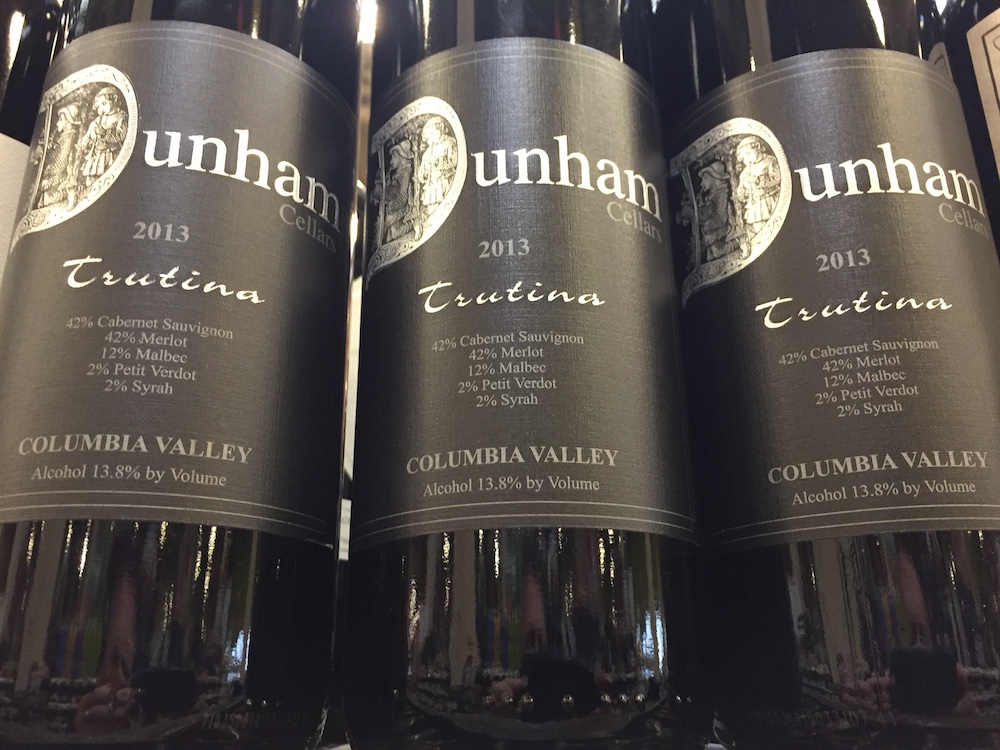 As this is written, Jeff Bezos, founder & chairman of Amazon, is the second wealthiest person in the world.

Now you can make him even richer. And get a nice Washington red blend in the process.

Like all of our Pat The Wine Guy recommendations, Dunham 2013 Trutina is readily available at stores throughout Portland. But if you’d like, you can also order it from Amazon.

As it marches relentlessly toward world domination, Amazon has added wine, including Dunham Trutina, to its product offering. Probably inevitable, right?  What doesn’t Amazon sell now or won’t sell in the near future?

But enough about e commerce. Let’s get back to this wine.

When we say “blend”, we aren’t kidding. This is a mix of cabernet and merlot in equal parts with some malbec, petite verdot and syrah along for the ride. The result is a better-than-average Washington “bordeaux-like” red.

Would go great with spaghetti and meat sauce.

As you’ll see in the list below, it’s easy to find all over town.