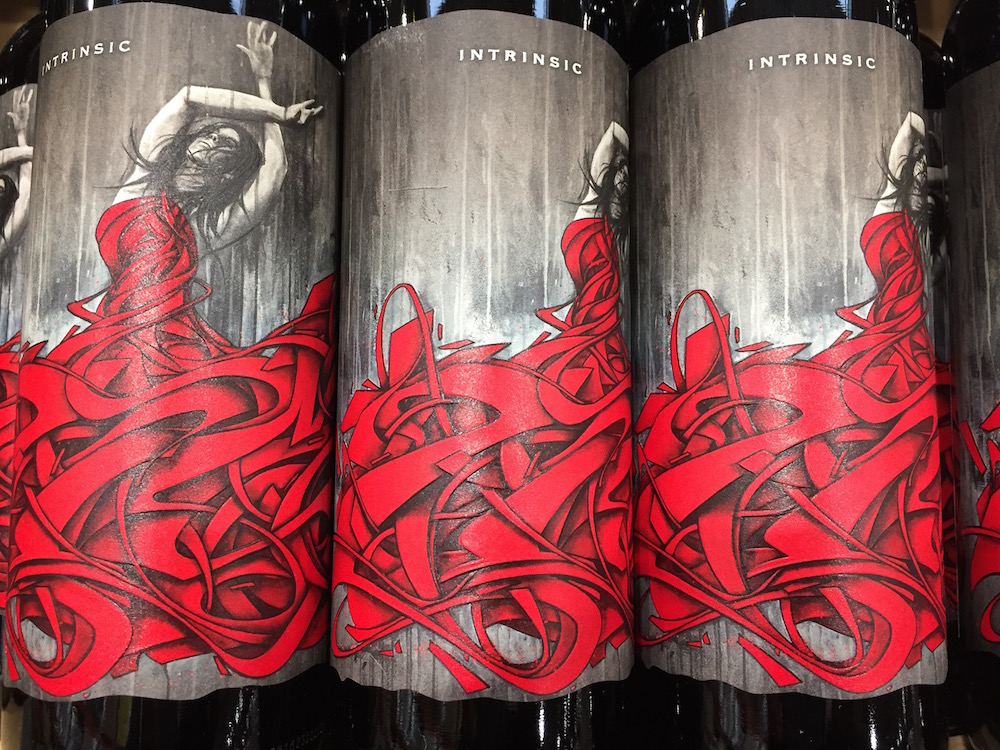 The descriptors include the words “presence and persistence”.

Are they talking about a  wine? Or Tom Brady?

In this case, Wine Spectator is indeed talking about 2015 Intrinsic Cabernet.

“The texture is rustic with a savory and inviting finish.” How’s that for flowery wine talk?

I can’t wax that poetic but I can tell you that in the around-$20-cabernet-category, there’s a lot more bad than good.

This 100% Washington cabernet is an exception. Personally, I wish it had just a touch more character but overall, it’s a good wine, a nice value and a fantastic label.

Definitely do not pop and pour it. Let it breathe for a while…up to a ½ hour…then give it a good swirl before quaffing.

As of April 6,  we saw Intrinsic Cabernet at: