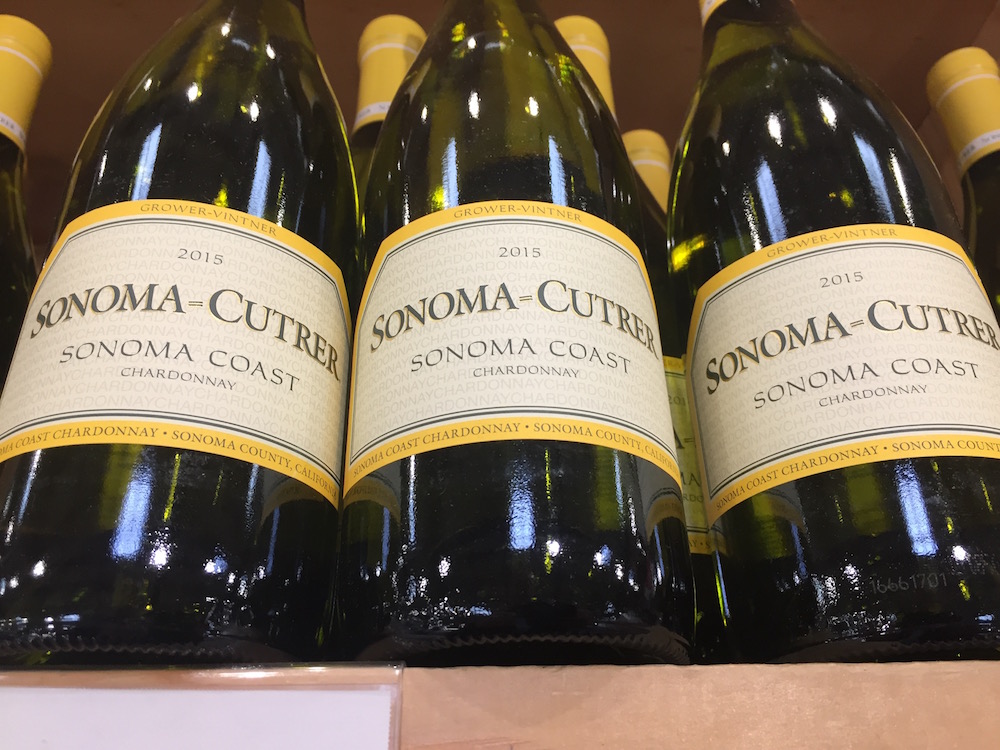 Are you an “ABC” drinker?   Anything But Chardonnay?

If so, you’re not alone.

Chardonnay doesn’t have a bad rap. It has an awful rap.

Oz Clarke is a world-renowned wine critic who usually has a light and breezy spin on things.

Not when it comes to chardonnay.

He calls it “…the ruthless coloniser and destroyer of the world’s vineyards and the world’s palates.”

Guess I won’t invite Oz over for a glass of Yellow Tail.

Chardonnay might be un-loved but it is not un-drunk.

There is more chardonnay consumed in the US than any other type of wine.

Admittedly, most of what you’ll find in the $15-$25 range is disappointing and undistinguished

It’s medium-bodied with a nice blend of fruit and vanilla flavors.  The oak taste is there but it’s minimal.

In a word (or two), it is quite drinkable.

But in the $20+ chard competition, it’s one of the winners.

And as you’ll see in the listings below, it’s quite easy to find.

As of April 6, we saw Sonoma Cutrer Sonoma Coast Chardonnay at: