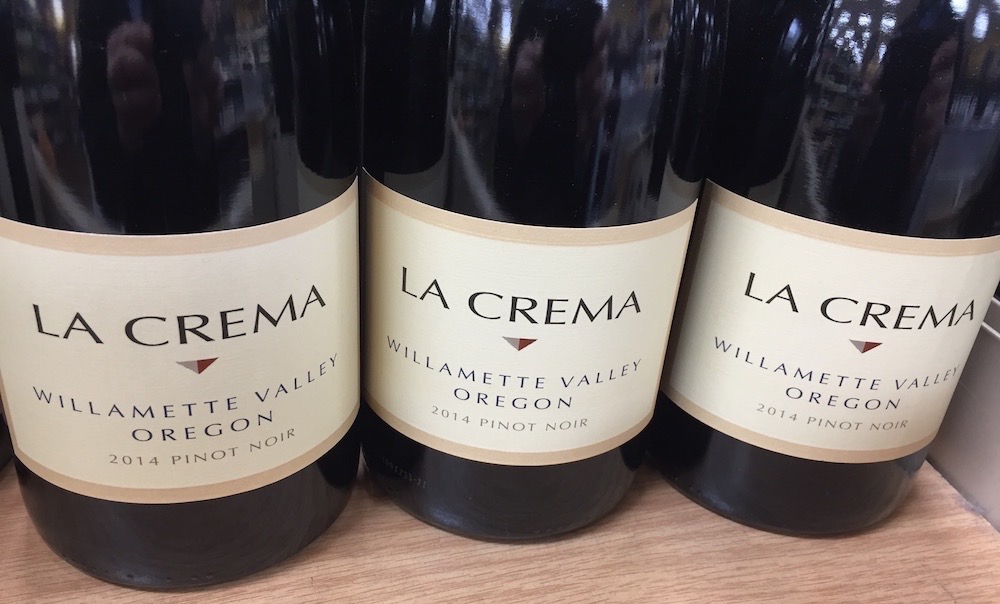 Did you hear that explosion? It came from Oregon wine country.

And the hits just keep on comin’.

Californians have contributed to the rapid growth by coming north and staking a claim.

But no need to go down to Ashland and build a wall. Some of the influx from the south has been positive.

Take La Crema. The California-based mega-producer bought vineyards in Dundee a couple of years ago.

2014 La Crema Willamette Valley is high-quality Oregon pinot at a good price. That is a rare combination.

Heads up! La Crema makes several pinots. Make sure you see “Willamette Valley” on the label.

As of April 6,  we saw La Crema Willamette Valley Pinot Noir  at: