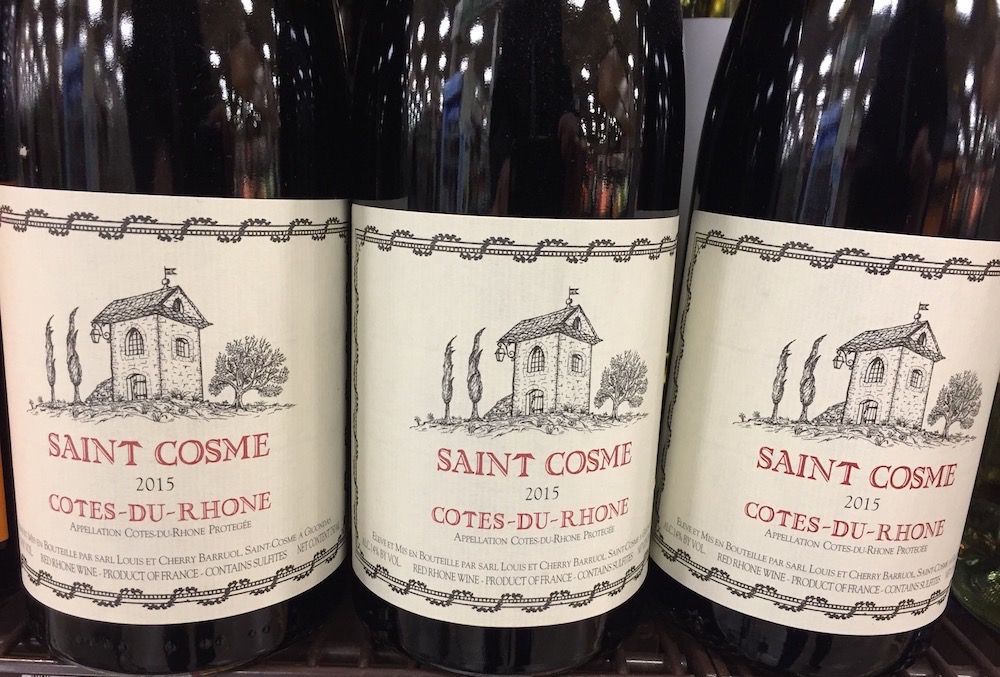 I love this wine. Apparently, so does everyone else.

We posted a review of 2015 Saint Cosme Cotes Du Rhone on Facebook in December.

Within days, it vanished from the Portland-area shelves.

Then recently, we held a focus group session during which we opened six different bottles from 6 different wineries. Within minutes, this wine vanished again.

No coincidence this time. It was the hit of the session.

Everything about this Cotes du Rhone (100% syrah) is appealing. Nice structure. Black cherry flavors. All at a very appealing price. As low as 14 bucks.

Try a bottle. If it works for you, you might want to get more. This could easily age for 2-3 years. It’s in good supply right now but I wouldn’t wait on this one.