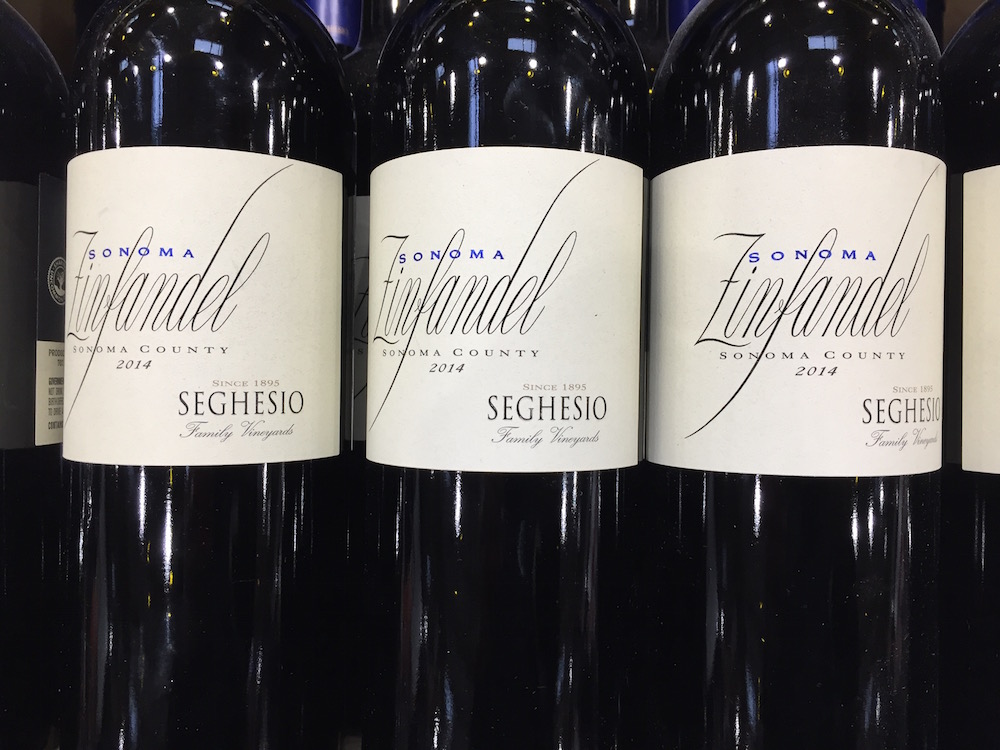 What is it about the word “zinfandel” that compels zin producers to come up with wacky play-on-word names for their wines?  “Seven Deadly Zins”. “Artezin”. “Brazin”. “Zinful”.

Then there’s “Menage a Trois”.

I’m not gonna touch that.

Thankfully, the Seghesio family, producers of zinfandel in Sonoma County for over 100 years, don’t force it.

Perfect. And the wine is just as straightforward as the name.

The 2014 Seghesio is a solid representation with the rich pepper and spice flavors that zinfandel is known for.

What it doesn’t have is the cough-syrupy “hot” taste that drags down so many zins in this price range.

It also doesn’t have a goofy name.

As of March 23rd we have seen Seghesio Sonoma County Zinfandel 2014 at: